This exquisitely beautiful and fascinating 13th-century church stands on a gentle rise of land above waterside meadows near the Thames, only a stone’s throw from the Thames, and just off the Ridgeway Path it is a frequent stopping point for walkers.

An amazing series of paintings, from the 13th- to the 19th- century, cover the walls often with one painted over another, in places seven layers thick. While it is not always easy to puzzle out the subjects, you can see 15th-century angels above the chancel arch, an early 14th-century doom on the east wall of the north aisle, and several 19th-century texts, as well as a 13th-century masonry pattern throughout the chancel.

There is an unusual and powerful Saxon stone carving of the Madonna and Child is set in the south wall.

The woodwork of the roofs, the 15th-century screens and the 17th- and 18th- century pulpit and box pews are all original to the church, and their arrangement is still much as it would have been in Oliver Cromwell’s time.

Nearby Lechlade has some lovely places to stop for lunch or a cup of tea.

Discover more about wallpaintings in this church 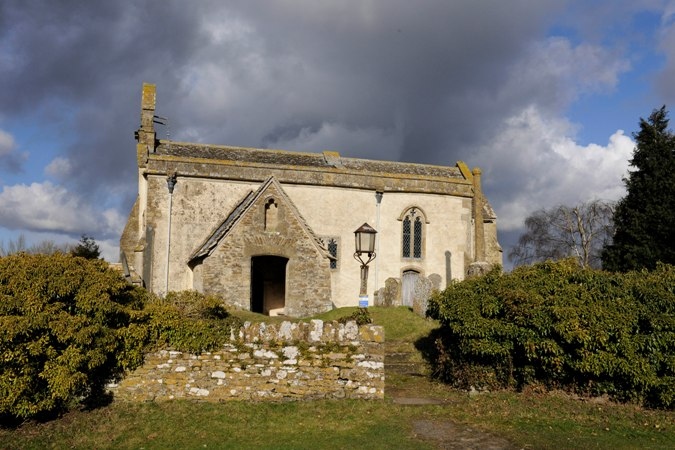 Inglesham
Swindon
Wiltshire
SN6 7RD
Get directions to this attraction