The most outstanding Norman church in the country

St Peter’s stands in a pretty grass churchyard in Northampton town centre, beside the buried remains of a Saxon palace. This 900-year-old Norman church is filled with glorious carved treasures.

Inside, great Norman arches of plain and banded stone rise and flow with zig-zag waves. They are supported by beautiful carved capitals, each overflowing with foliage, scrollwork, birds and beasts –- look for the man being swallowed by (or emerging from) a monster.

These carvings were plastered over in the 17th-century and were carefully unpicked with a bone knife in the early 19th-century by local antiquarian Anne Elizabeth Baker, a labour of love lasting 11 years.

Other highlights include a handsome brass lectern and carved wooden pews and monuments – including the bust of William Smith, the father of British geology.

Outside, strange half-human faces glare out from under the eaves, together with cruder, timeworn figures. There are other delights to be found include the 14th-century font, a 12th-century grave slab with astonishingly clear relief carving and some fine Victorian stained glass. 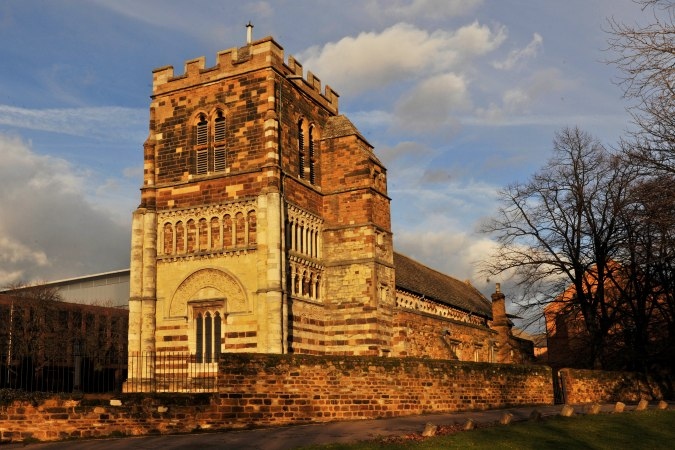 Marefair
Northampton
Northamptonshire
NN1 1SR
Get directions to this attraction