This 13th-century estate church in Deene Park is the church of the Brudenell family, who bought Deene Park in 1514 and have lived there ever since.

It contains many monuments to Brudenells, including one to James Brudenell, 7th Earl of Cardigan, who led the Charge of the Light Brigade. In 1868 the widow of James Brudenell commissioned T H Wyatt to rebuild much of the church. There is a splendid tomb of the 7th Earl and his wife in the South Chapel.

The church is a large building constructed using local stone and Collyweston slates, with a tall west tower and broach spire which probably date from the 13th-century or earlier.

Inside, the nave and aisles are austere but the chancel was sumptuously furnished and decorated by G F Bodley in 1890. 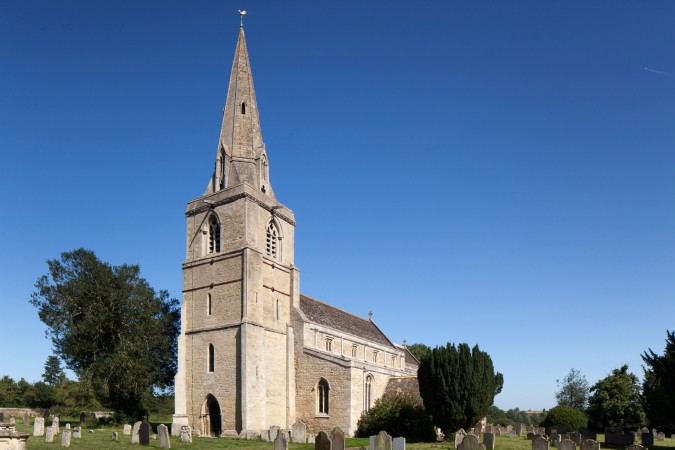 Deene
Corby
Northamptonshire
NN17 3EJ
Get directions to this attraction