This fearsomely imposing landmark is all that remains of a Victorian church built in 1846. The church was gutted by fire in 1977 and, all but the tower and spire were destroyed.

The layout of the rest of the church can be seen in the foundations that remain. The church was formerly a chapelry of the parish of Manchester built by Manchester architect William Hayley in 1846.

It consisted of a nave, aisles, transepts, chancel and west tower and spire, constructed in coursed sandstone in a developed Early English style. All the fittings, glass, furnishings appear to have been stolen or destroyed in the fire, including the five clock bells by Warner (1896) which were stolen in 1977.

The tower itself is of four stages and is surmounted by a tall, slender spire. The best views of it are probably to be had from Stockport Station.

It was vested in the care of The Churches Conservation Trust in May 1979. 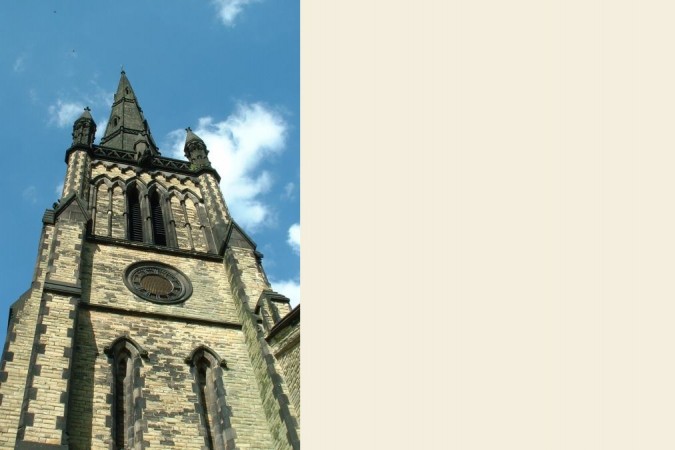