Whatever happened to our imagination…? 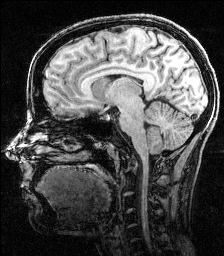 In the last few months I’ve been out and about a lot less visiting brown signed attractions, mainly because I’m working 54 hour weeks at the restaurant but also because I’m trying to pull together a book about the diverse and rich world of the humble brown tourist sign. What always fascinates me is reading up on how all these places actually became attractions in the first place, the more you read the more you uncover all their unique and interesting histories, it’s a real eye opener and shows just how diverse and changing the way we spend our leisure time really is. The only thing making me a bit depressed though are the statistics on how most of us now choose to spend our free time. Sadly watching TV and going shopping are quoted by most people as their favourite things to do. I’ve said this a few times now so I won’t bang on about how dull and uninspiring I think shopping is (and consequently am still wearing clothes I bought in 1996, not such a good look but at least I’m living with integrity), however it does make me worry about the effects that these boring pastimes, coupled with the massive increase in other unimaginative pursuits like computer gaming, have on both society and the individual. The main point here is that surely spending time on things that totally take away any need for deep thought, imagination or engagement with the world must also take away our ability to properly do things like plan, problem solve and use our brains to achieve the things we want for ourselves.

In the ’80s when my sister and I were children we were mainly playing in cardboard boxes, making mud pies and inventing imaginary friends (we had a joint one called Tina who used to get told off a lot) to entertain ourselves. Of course there were electronic games consoles and computers around but they weren’t nearly as prevalent as they are now, they were owned by lucky children whose houses we could go to occasionally and glimpse the exciting fledgling phenomenons and maybe even scare ourselves senseless with a game of Haunted House on the Atari. When my family got our first computer my dad would spend more hours with his nose in the handbook reading out commands for us to type into DOS trying to make a rudimentary flight simulator work than actually playing the game itself, but to be honest working it out and understanding the mechanics of it was half the fun. These days though children grow up surrounded by technology that is leaps and bounds ahead of those Commodor 64s and Haunted House which these kids have no need to understand because they are just there working in front of them, rarely do they marvel at how amazing it all is, and I’ve started to wonder if it might be having a detrimental effect on children’s brains.

OK so here’s my theory (which is wholly untested and unscientific although I might bang out a quick PHD on the subject with the amount I’ve been reading and researching recently). The human brain does the vast majority of it’s development before puberty. It soaks up information like a sponge and quite literally grows around our experiences, it’s no surprise that during this time humans are most susceptible to learning and acquiring new skills. After puberty the brain is pretty much fully developed, of course learning and development can and does occur but it’s certainly harder to wire and new information takes longer to assimilate and store (it’s not easy to grow fresh neurons and synapses you know). This is why learning languages during childhood, for example, is easier than in later life. It has been shown that the language centre of the brain (Broca’s area) is significantly larger in bi-lingual children than those with just one language, the bi-lingual kids actually have more brain cells, pretty amazing no? I think so. I’ve started wondering whether the replacement of imaginative play with computer games and technology that does all the brain work for us could actually stunt brain development, or at least not help it develop to it’s full potential. Imaginative play has been shown across numerous studies to be really important in the development of various constructs, including comprehension, problem solving, ability to plan and communication, which together contribute to the significantly important construct of cognitive ability. The problem is that by taking away imaginary friends and replacing them with virtual ones we might actually be taking away a very base level understanding and grasp of the world and, importantly, the unique part we can play in it.

I trained as a psychologist and I’ve always been interested in the factors that affect people fulfilling their full potential and the things that help people get the most out of life. It seems to me that in a culture of computers, TVs, smart phones and stuff that does everything for us all the time we are at risk of giving up using our brains to work things out for ourselves altogether; why would you, you might argue, when you simply don’t need to any more? Human beings will always look for ways to make life easier, quicker, more efficient, cheaper, better; it’s part of human nature to do this and it’s the reason we live in such a privileged world built on the very same need of our forefathers, but the problem with growing up not properly thinking for yourself is that it takes away the individual sense of control, drive and achievement in the things we can or want to do in life. My non-scientific hypothesis of this essay is thus (as it is in all my blogs): getting out there and really properly engaging with the world, with your own 2 hands, making yourself and your children really think about things and to use our imaginations beyond what we see on TV and through our computers brings a depth and richness to our lives that has no substitute. It’ll quite literally make your brain bigger (OK, really I don’t know that to be true, it’s just a theory… but it’s got interesting potential hasn’t it?).

Now turn off your ‘puter and go brown signing 😉