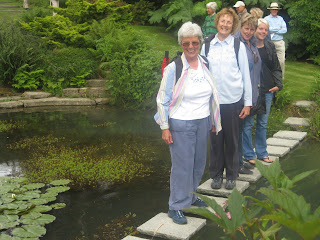 This morning I woke up raring to go. My blog has been bandied around the social networking medium I am both scared and excited by, Twitter, and it’s been great to get good feedback about what I’m doing and the idea that we can all discover Britain by The Brown Sign Way. I was supposed to go for a run (I’m training for a marathon, something I am regretting FYI) and then get on the computer, instead I sat in my pyjamas for some time twittering around and planning the next brown sign trip next week up north.
The day that lay ahead was a family day with my sister (regular), mother and aunties (newbies). We were to have a nice lunch in Wakehurst Place, the most visited National Trust Property but also part of Kew Gardens, with a visit to an open garden afterwards. The open garden wouldn’t have a brown sign, I was prepared for this, because it is not permanently open, but I could deal with that by secretly keeping a mental note of every brown sign we passed, hoping we would get time to visit one the way home.

The day, as ever, did not go according to plan. We got to Wakehurst Place on time but unfortunately there was no sign of my terribly on time aunts. This did not bode well, it meant there was no doubt that my mother had got the venue wrong, despite hardcore protestations to the contrary (including arguments with her daughters and staff, great times). A shame really because although I’ve been to Wakehurst before I haven’t been for my book purposes. The Millennium Seed Bank was the thing I was most disappointed about missing.
This huge beautiful arched building houses 25,000 seed specimens, that’s over 10% of the world’s fauna, impressive no? The goal by 2020 is to have 25% catalogued and the hard work being undertaken to meet this aim is seriously amazing, rare and endangered species are collected from alpine, dryland, coastal and island eco-systems from all over the world which are then meticulously preserved and stored here. The collection of seeds and specimens is something I have been fascinated by since my visit to Ness Botanical Gardens in Liverpool. I was blown away by the efforts of a Mr George Forrest, plant collector of the highest order, who was commissioned to go out to China and collect and send back plant specimens in the early 1900s. This man was totally dedicated to plant collection and also the local Chinese people he lived with. He cheated death on many occasions on various expeditions and loved the Yunnan dwellers so much that he personally funded the inoculation against smallpox for thousands of locals. I love people who have massive passion for their subject and seed collectors are just some of those people. George Forrest also happens to be my pal Kat’s Great Great Grandfather, so I like him even more. Sadly there was no time to talk specimen collecting, the importance of preserving the world’s fauna or discovering some new George Forrests because my mother was on the phone to my aunt being told that they were in fact in another National Trust property down the road, Sheffield Park, waiting for us, and they were hungry. We got back in the car and drove to Sheffield Park, no time for a visit though (of course), lunch was an hour overdue. This is the only photo I took at Wakehurst Place… 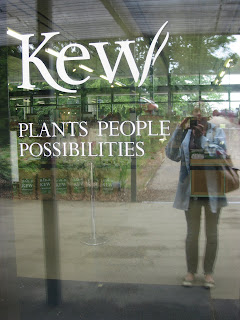 Yes plants, yes people, no possibility of me visiting though, apparently.

Next stop was the open garden, one of the many thousands of private gardens opened for a few days each year under the National Gardens Scheme, all proceeds going to various charities. This destination has no brown sign, it has a yellow one though, and it does appeal to my love of noticing somewhere potentially interesting and different and pulling off the road to visit, so I’ve decided it can count. Some of the best days out are the ones signed by makeshift boards stuck in hedgerows with badly coloured in arrows reading “heavy horse show here today” or “steam fair this weekend”, so following this yellow sign still made me happy.
That said however, the experience turned out to be a strange one. The garden was near the little village of Danehill and set in the gorgeous Sussex countryside. Despite the vastness of the garden and immaculate planting of flowers and vegetables the owners clearly felt they needed to keep visitors interested in other ways, and designed (among other quirks) a pretty weird “Scary Path”. Sounds ridiculous but I was actually scared of walking it. One of the things I hate most in the world is jumping out of my skin, all my friends know not to make me jump, ever, people have being lamped if they have. Anyway, I knew this path would be full of things that made me jump, and of course it was. Lots of things were set off my movement, including water squirters and, at one point, a hand dryer covered in ribbons (WEIRD). Here are some pictures… 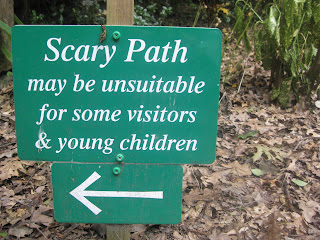 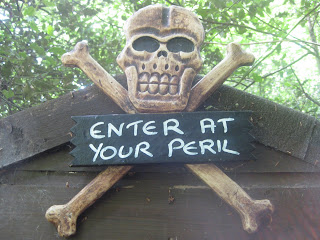 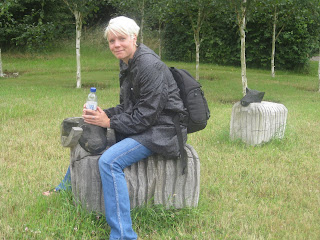 The garden was also full of God fearing/loving artefacts, including lots of biblical quotations scattered around everywhere, something I have never felt very comfortable with, mainly because I don’t understand it. Things like this mildly perturbed me… 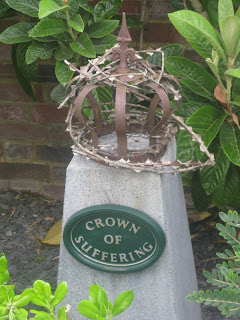 We sat and had a cream tea together for some time. I yet again found myself wondering about attractions that wholly want to please visitors, designing activities that are more about keeping people entertained and less about the reason they came to visit in the first place, in this case the actual garden. Instead of learning about the planting and evolution of the garden we found ourselves walking scary paths, feeling mildly confused and enjoying the cream teas above anything else (and the carrot cake, they had EXCELLENT carrot cake, longer run needed tomorrow methinks).
So, not such a productive brown sign day today then all in all, but they do happen, sometimes. On a more positive note though I have managed to find a really lovely camp site up in Robin Hood’s bay in North Yorkshire for next week so I can get exploring the North East and adding to the The Brown Sign Way map, I’m excited, especially about fishing. I have only been “fishing” once before with my old pal Steve, when we didn’t know what to do one day so we headed off to a lake, with a stick and some maggots if I remember correctly. You won’t be surprised to know that we didn’t catch anything but I did get lots of maggots stuffed down my top, followed by lots of screaming and being asked to leave the lake. Hopefully next weeks experience won’t be similar.
As it’s now 10.30pm on a Friday night I think it’s time I stopped writing and did something normal… well, below is what I will leave my computer to engage in… I love my ridiculous life. 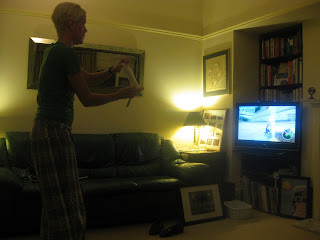