The Brown Sign Torch Relay Day 4: And by Hecks it’s a good ‘un

Today the Olympic torch travels from Taunton to Bristol, not via the coast or motorway but on the picturesque country roads through the little towns and villages of Somerset (as ever you can see why I sit and watch the Olympic torch bearers for hours on end live here). The torch had just gone through a town called Street in Somerset when I looked, so I had a gander at what Street had to offer the tourist via The Brown Sign Way on the Visit Shepton Mallet tourist information website (which might not be ridiculously extensive but then Shepton Mallet isn’t ridiculously extensive is it?).

Among the 12 tourist attractions listed one stood out and that was Heck’s Cider Farm. We are in Somerset after all so I thought a blog about somewhere that produces a traditional Somerset drink needed featuring, and as the United Kingdom boasts the highest number of cider producers in the world with the highest per capita consumption it seemed even more appropriate. Cider is most popular in the west of England and East Anglia, so popular in fact that it used to make up part of the farm labourers’ daily wages (how did they all function?! I’d definitely get the sack straight away, or maybe kept on for comedy purposes, but either way I definitely wouldn’t get any work done if I was paid in alcohol). 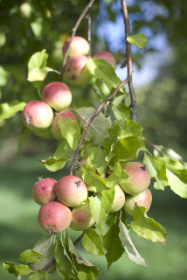 Like most cider producers down here Hecks is a small family run business and has been since 1840. They are very proud of their roots and have been making cider the traditional way for 6 generations. Hecks are one of the few producers left to stick to the old ways of cider making, so they might not have the output of Thackers or Bulmers but they’ve won so many awards and received so much recognition for their produce that they’re clearly better off for it. They continue to win loads of prizes from CAMRA and I love and respect that organisation bad, I’m liking Hecks Cider Farm a lot.

Hecks also produce Perry, the alcoholic drink made from pears which is also enjoying an increase in popularity across the UK. Happily these guys can ride the wave of our rekindled love for cider which Bulmers began around 5 years ago with their happy-people-holding-bottles-of-cider-in-the-sun marketing campaign. No longer is cider just associated with smelly oak soaks downing it on park benches to try and numb the pain, it’s now associated with respectably dressed 20 and 30 somethings sitting in beer gardens of trendy gastro pubs sucking it down to try and numb their pain too. Don’t worry, I’m totally lumping myself in with the latter category (and sometimes the former too if I’m honest, times get rough man, leave me alone…) 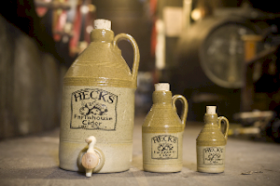 Visitors are welcomed into Hecks Cider Farm with open arms, here you can not only admire the endlessly romantic ancient orchards, see how the cider is produced the old fashioned way and appreciate an age old British tradition, the best bit is doing some tasting of the different varieties in the tasting room (and subsequently buying loads to take home with you).

It’s been a pleasure featuring you on day 4 of my alternative brown sign torch relay of Britain Hecks, and long may you keep producing cider by your traditional methods. Down with stainless steel, up with wood! Chin chin!