Random Brown Sign of the Day – The National Space Centre 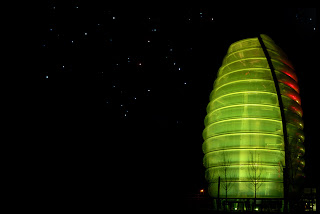 Today, after about 3 weeks working solid 14 hour shifts at my restaurant, I am back in the game (the very best game I know: The Brown Sign Game) and in honour of my return I thought I’d feature a big fat impressive attraction on random brown sign of the day and it doesn’t get much bigger than space does it? So today children we’re going to be talking about The National Space Centre.

This pretty amazing attraction is in Leicester and I cannot tell you how many times I’ve had friends driving up or down the M1 who text me about the brilliant and distinctive brown signs directing you there with the huge rocket logo on them (just imagining it makes me want to get in the car right now and take a trip up there to see it for myself), even the address excites me, it’s on Exploration Drive for heaven’s sake, genius.

This is a little bit about what the centre say about themselves on their website:

The National Space Centre is the UK’s largest visitor attraction dedicated to space and space exploration, welcoming around a quarter of a million visitors each year since its opening in June 2001.

The National Space Centre is the brain child of the University of Leicester and Leicester City Council and was the subject of joint bid to the Millennium Commission as a Landmark Millennium Project for the East Midlands. Since then the centre has hosted an amazing variety of events raging from visits from legendary astronauts such as Buzz Aldrin, Helen Sharman, Michael Foale, and Piers Sellars to various events such as Star Wars and Doctor Who. The National Space Centre continues to evolve through the development of new galleries, Space Theatre shows and experiences created for a diverse audience. The National Space Centre is a registered charity (charity no: 1078832) and not- for-profit organization in reciept of no continuous government funding. Instead it relies on ticket sales and corporate services, with any shortfall being covered by specific grants for educational projects. The centre also runs an award scheme setup to help disadvantaged groups of children and young people to visit the centre and access its facilities and educational benefits.
Visit the website for even more information about the centre, pictures of the impressive rocket like building it’s housed in and upcoming varied interactive events and activities put on by their passionate members of staff (who REALLY love space man). It’s not cheap to get in but then you can’t pull off such a fantastic place without charging an appropriate entrance fee I think, and there’s a deal on at the moment where every full price ticket purchased gets upgraded an annual pass, so if you’re thirsty for more (which you surely will be) you can go back again and again as many times as you like for the rest of the year, nice.

The moon, star nurseries, constellations, The Milky Way, quantum physics, parallel dimensions, massive telescopes, Professor Brian Cox and basically anything/anyone related to the exploration of this massive scary and brain achingly intricate universe we live in absolutely fascinates me. I love the fact that human beings have this unquenchable desire to keep pushing the boundaries of what we can achieve by learning about who we are, where we come from, how we got here and what is all means through the study of space; the very thing everything ultimately boils down to. I have so much respect for those people who spend their whole lives studying far off solar systems, stars, planets and patterns, who propel satellites and telescopes up into the far reaches of nothingness just trying to glean even the smallest new details about the universe and advance our knowledge of how it works a little bit more. Most of the hard sciency technical stuff is lost on me (obviously) but the powerful images of astronauts floating in the vast expanse of space and time never fail to move me, whether I get it or not doesn’t really matter, that feeling for me is really what’s important. 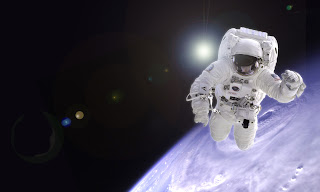 And this, my friends, is what following brown signs is all about. I want you to turn off the road when you see a brown sign like the unique National Space Centre’s one because it’s great to go and try to understand the hardcore physics and mind bending theories behind what shoots men into space and the amazingly powerful telescopes if you can (good luck and a big gold sticker for your jumper if you do) but if you don’t it’s OK. I mainly want you go to these places to feel the unmistakable sense of discovery when you learn something new and, in this attraction’s case, the amazing sense of awe you get when you see an image like this, which makes you stop in your tracks and go “Oh. My. God (errr….. is there a God…? Who cares…) WOW!” Most attractions have something that makes you do that (even if it’s just a little bit) and each one for very a different reason, but they nearly all do, and I think discovering and feeling it is just the BEST feeling in the world.