You gotta gimme some Moor 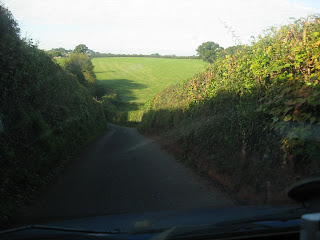 Yesterday was hot and lovely down here in the West Country, shame then that most of it was spent in the car. I wanted to get to Cornwall you see, and as much as I’ve spent a lot of time on roads and looking at maps in the last few weeks I kind of underestimated how long it would take to get to places down here, especially with such terrible traffic on such long and winding roads.
Here is an example of the road we drove down for a about an hour, I nearly had a coronary every time I had to turn the blind corners and pulled hard into hedgerows frequently for massive tractors, ruining the paint work on the car’s left side, not that it matters though, I don’t think it’s going to be affecting its £8 value really, is it?

So we headed for Bodmin Moor, which was less windswept and scary than Dartmoor, but then that might because it was a glorious day. It was beautiful and I was a bit disappointed that the place didn’t creep me out a bit, so Jo suggested a bit of scariness in the form of Jamaica Inn near Bodmin. I hoped it had a brown sign, it did. 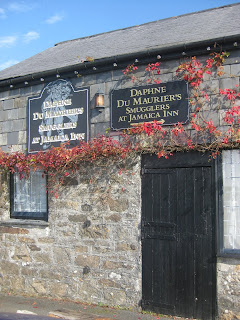 Lucky for us Jamaica Inn had both a cool little museum and inn type food. Because Jo and I haven’t bought any food other than sausages and bacon since Monday we were happy to see lots of normal meals on offer. It was about 11.45, but I think they could see we were desperate and they let us be the first lunch customers. Bit depressing that they clearly mainly catered for massive coach parties, hence the canteen style food counter, but we weren’t being fussy. 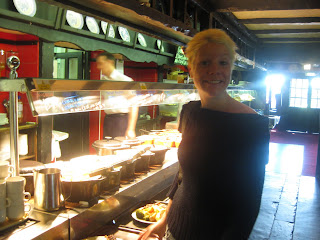 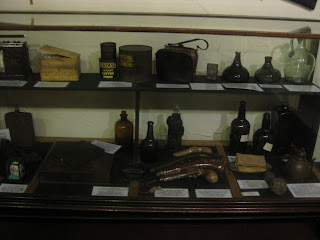 There was lots of cool smuggling stuff on display in the little museum, both from the old smuggling days in Cornwall but also quite a lot on current smuggling techniques, it was a surprisingly good little museum. There was also a lot on Daphne DuMaurier and the passion she had for her beloved Cornwall. I have to admit to never actually having read Jamaica Inn, I did read Rebecca though, and consequently had Maxiimo Park’s “ooohhhh Rebecca, your loss was mine too” going round and round in my head the whole time I was there. After we’d got as much information as possible on smuggling, and talked about how scary Block was from Five Goes to Smugglers Top we left for a stint at Bodmin Jail. 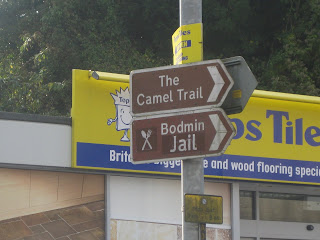 Bodmin Jail dates back to 1779 and is a big old imposing granite building, very apt for a jail. It doubles up as a bar and restaurant and has a big exhibition about the history of the jail, complete with the original hanging pit and lots of appropriately horrible stories about hangings. Shivers down your spine type stuff. 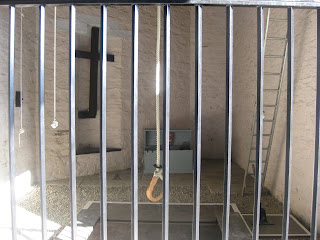 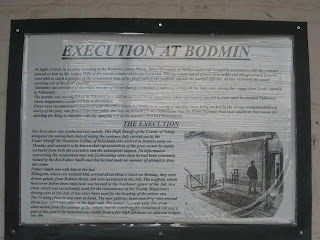 We didn’t really know what to do after the jail. I was a little bored of driving everywhere and wanted to be enthused again, well to be honest I wanted to be able to spend a lot more time in the places I’m visiting and have less of the steaming around in the car. Cornwall, I will be back.
On the way back to Torquay I saw this sign for a National Trust property, a symbol which I haven’t got ticked off the list yet, so we paid them a visit. 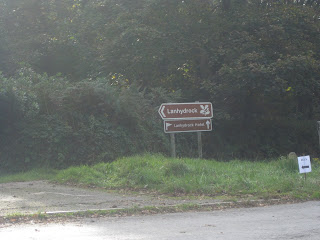 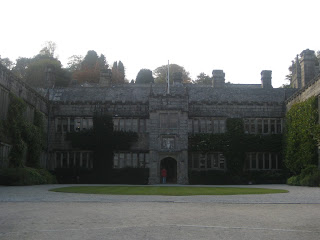 Lanhydrock is a huge Victorian housee which was referred to by it’s inhabitants as “the country cottage” because it was their second home. It was far from being a country cottage though, it was vast and decked out with all things Victorian. I took a few photos for reference for my own future home, and wanted to take one of the massive white tiger rug with it’s head still on but got told off by an over zealous volunteer, so I couldn’t. They run a tight ship in these National Trust properties. 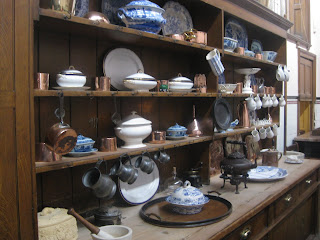 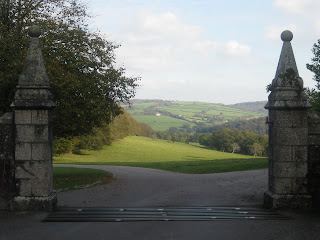 We clearly needed to go for a proper Cornish cream tea, and National Trust tearooms always deliver, here it is. 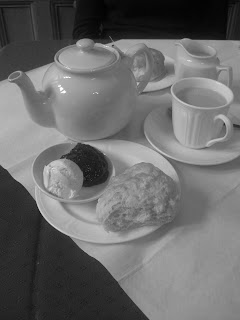 I liked these mushrooms… 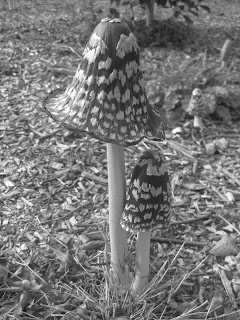 I was tired after another day of driving so much, and because we had dinner out last night we decided to eat what we had left in the fridge, and yep you’ve guessed it, it was a plate of sausages, bacon and egg. Not the best dinner ever but needs must my friends. 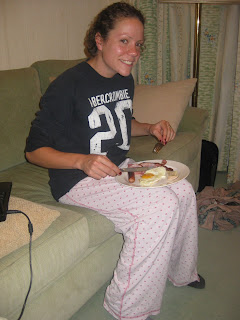 We’re hitting the long road back to London today, not without a few Torquay based brown signs done first though, I’ve seen a sign for “Living Coast” with a penguin symbol on it, and I quite like penguins so I’m there. Don’t worry chaps, I’ll tell you all about it.
« Older blog
Newer blog »