Waterways museum and hiding in hides 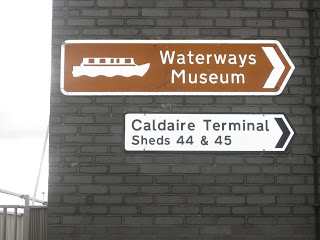 After Friday’s day of rest I felt about a billion times better both in body and mind, and as I consequently had less trouble using my right leg I thought some gentle brown signing was in order. I would have liked to head up as north as Hull and do some industrial port attractions but on the way was diverted by a sign for a waterways museum which had the bonus of being located in a town called Goole.

The museum was the Yorkshire Waterways Museum and was an excellent little free museum hidden in the vast uninvitingness of a canalside industrial estate.
It documented the history of the created port of Goole and paid particular attention to the process of transporting coal up from the coalfields to the docks in long snaking trains of “Tom Puddings”. There were great archives of video footage and photographs of the Tom Puddings being pulled up the canal by tugs and unloaded using the boat hoist, which is still there but no longer in use. The archive footage is so good I thought I’d include the link for you to view for your good selves, if you’d like to http://www.waterwaysmuseum.org.uk/video7.htm. 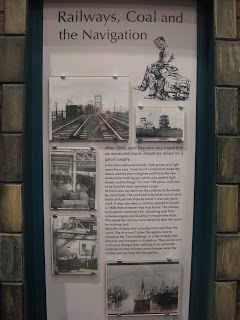 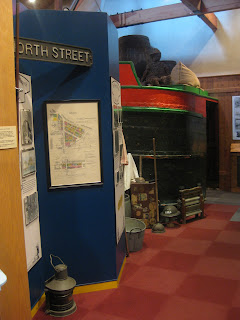 I wanted to steal this sign, but thought it better not to, because that would committing a nuisance. 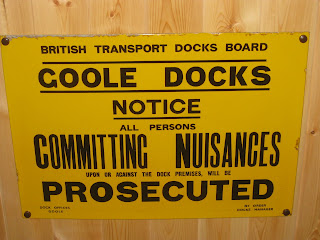 The views along the canal were cool but because the wind was getting up to at least hurricane forces I took a few photos and decided it was time to move on, preferably to somewhere less windy. 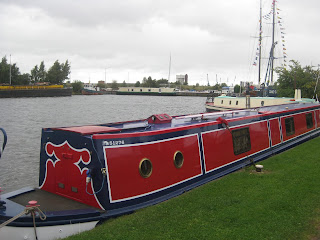 Around Goole the land is flat and exposed. It was a really windy day and the as much as I wanted to get inside to do things out of the wind there were signs to an RSPB reserve which is a brown sign symbol I haven’t visited yet. We didn’t quite know what the craic was with RSPB reserves and the thought of going somewhere remote, to where only birds and massive bird enthusiasts were was appealing. 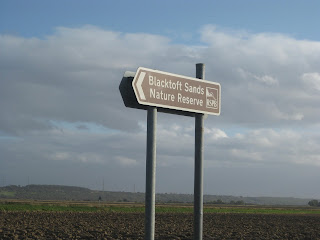 Even the sat nav didn’t know where the hell we were, and I liked that, a lot. 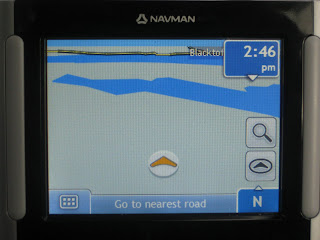 The reserve had 6 hides dotted all along a path which wound around marshland and lagoons where all sorts of ducks, waders, birds of prey and tits could be seen. My favourite was the bearded tit which was sadly being very elusive due to extreme wind conditions (apparently they were all sitting in the reeds because if they flew up without cover they got blown violently away, which unfortunately we didn’t get to witness). We paid the £3 entrance into the reserve and got asked, with the answer being a pretty obvious one, if we had our own binoculars. Errrr no. The bird man shook his head at us and said “well, there’s not much point coming here without any”. Because I had to get this one ticked off the list I said I didn’t really care and can we go in anyway. Clearly wanting to help us out of the embarassing hole we found ourselves in he kindly produced some RSPB binoculars from under the desk, especially for people like us who rock up with no idea what the hell you’re supposed to do here. Amateurs. He asked for £2 for hire and car keys as collateral, just in case we loved the activity we were about to engage in so much that we might run off with the special RSPB binoculars. I handed over my keys, which let’s face it, wasn’t a fair swap, the binoculars were worth a lot more. 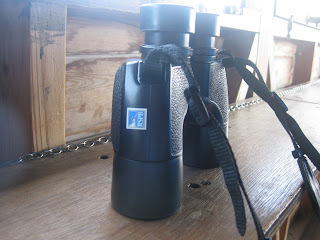 We set off for some serious bird watching and got to the first hide hoping there weren’t any other bird watchers being professional in there and us having to walk in looking like idiot novices, it wasn’t easy to hide this fact… 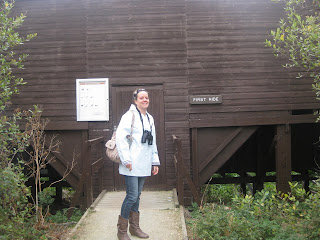 Luckily there weren’t any other fellow bird watchers so we sat down and worked out what to do. Pretty easy really, look out of the window and watch birds. So we duly used the binoculars to look out on the lagoon and spotted waders and shovellers all being buffeted around on the water by the wind.
Some bird watchers take their bird watching very seriously, some don’t, spot the difference… 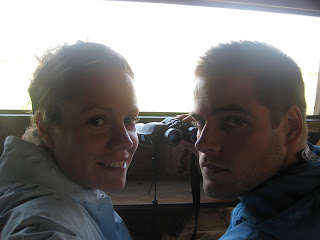 We soon started spotting with zeal and descibing markings and wingspan like professionals. I also got to see marsh harriers (birds of prey) swooping around over the reeds which was brilliant. A nervous Scot came in and chatted to us about the lack of bearded tits out today and the effect different weather conditions has on birds and bird watching. He was a knowledgeable man, and he had his own binoculars. What a dude.
Unbelievably I didn’t take any photos looking out of the hide, but here’s a picture of me enjoying the view… 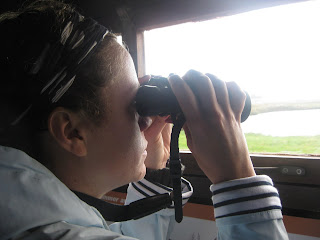 The reserve was really beautiful in an untouched and remote sort of way, nature being nature with a few people on a Saturday afternoon enjoying the peace and tranquility. I loved it. 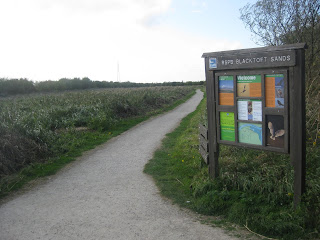 It was getting late and because we were in a place where there really is only waterways and birds to enjoy we decided to head east and go to the seaside, beaches have brown signs too you know. So we headed for Cleethorpes. There were beach and pier brown signs that I could have photographed and sandcastles I could have built, but I was hungry and sitting eating fish and chips while trying to put off hoards of seagulls on the beach was a priority. Proper top boss fish supper. 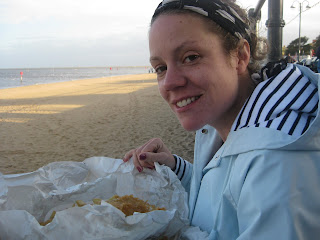 Next stop Rutland Water, to stay in a converted barn and probably watch more birds. Might even get some active water related activities in, which I’m dreading, making me even more motivated to get stuck in. Grrrrrr.
Enjoy The Antiques Roadshow my friends, my dongle is so slow I can’t even watch TV on iPlayer, maybe my room in the barn will have a TV that works, then again maybe not, I’ll let you know.
« Older blog
Newer blog »