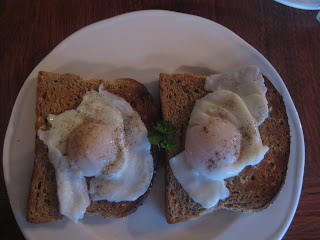 When I got up yesterday I had a bath, for an hour. Sounds odd but I seriously needed one, I have been showering you understand but a bath is a very different experience to a shower, so I lay in it for a long time and went wrinkly, then I was happy. Having it in a carpeted avocado suited bathroom is quite a weird experience though I have to say. I had a nice breakfast, but held back on yet another full cooked breakfast, just poached eggs this time. I thought this choice would be a small one, it wasn’t, I think the eggs were laid by incredible chicken hulks, such are the gorgeous eggs you get in the country.

Unbelievably for me I had actually booked some accommodation for the night because I got to Rutland too late to do anything around there so I thought I’d stay in another B&B just a bit north of Rutland Water. My first stop was a windmill in Oakham. When I saw it on the skyline I was very excited because I haven’t done a windmill yet and as time presses on I want to be getting more symbols completed. As I drove up to it though I was sadly disappointed by the lack of brown signs. I went up to it anyway and was told by some builders that it was being restored, but not exactly in any fit state to be looked around right yet. I took a picture anyway. 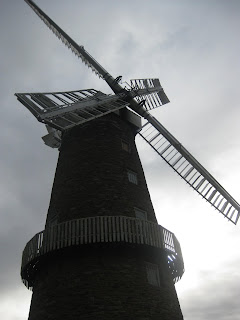 After the windmill I drove around Rutland getting lost and enjoying the quaint honey coloured villages that abound around here, I took some more pictures… 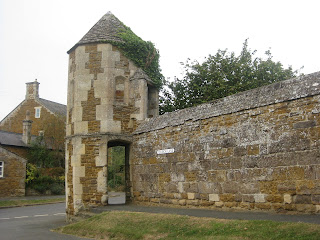 I went to go and see Britain’s longest viaduct in Seaton and was pretty shocked when it appeared out of nowhere at me on the road, as you can imagine it was very imposing but also as though it just melded into its surroundings, no thing was made of it, i.e. there were no brown signs. I couldn’t find a good place to view it, well, there might have been but I headed uphill in the hope I’d get a good look out and just found myself in more villages and trees, so apart from driving under it and having as many dangerous looks at is as I could I wasn’t really able to appreciate it. I have just had a look to see whether I can find a quick link so you can have a look at someone else’s pictures of it, and there’s one on Flikr but it has a lot of comments underneath it saying it was shame there wasn’t a train chugging into view when the photo was taken. This made me angry at the stupidity of people so I haven’t included the link, sorry. 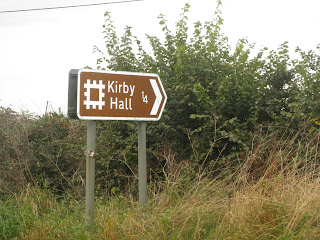 I have already been to an English Heritage property (this symbol) but haven’t actually been to any buildings of historic interest yet, and as I had the whole day in front of me I decided to visit here. 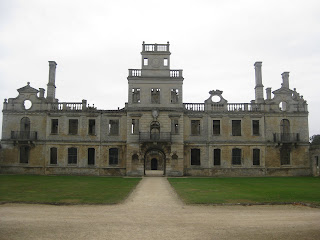 Kirby Hall was a seriously lavish stately home built in the 16th century. The owner was an extravagant fellow and originally designed it to be fit for a royal visit, although the queen never actually stayed there and I think he was pretty peeved about that. The hall has seen a chequered history having different owners with different passions, from Queen Victoria’s “comely young man” Christopher Hatton to a farmer’s family and locals even used the cellar as a bomb shelter in WW2. Finally it was left abandoned and was only taken into the council’s care in the 1950s. Now English Heritage are working on it to try to restore it and try to save it from falling into a worse state of disrepair. I got an audio guide and mooched around the massive half derelict building on my own. Its so strange that somewhere so grand and historically significant could be abandoned and left to crumble. It’s the same thing I thought about the first windmill today, that a building which has seen so much life and history is, at some point down the line, perceived as not needed any more and left for dead. It makes me sad for the old buildings and I love it when people like English Heritage and the windmill restorers are working to bring them back for people to visit and enjoy. They’re what made Britain today are they not? 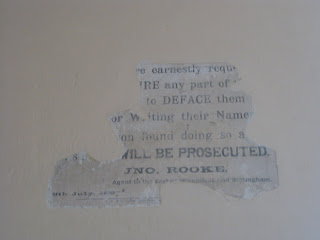 This sign was plastered onto the wall in the late 1880s asking people not to graffiti. 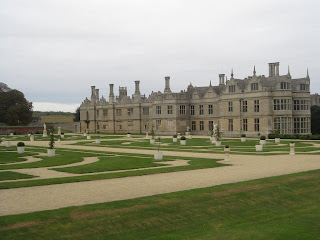 There was a painstakingly coiffured garden with gorgeous lawns and statues. All very grand. At the walled end of the garden there was a bed with all sorts of non-native species of plant that Christopher Hatton had procured from as many countries as he could, including Japan, Peru and China. It’s probable that my dude from the botanic gardens near Liverpool (and my mate Kat’s great grandfather) George Forrest procured some of these plants. This made me very excited and I touched a lot of the plants like a weirdo. I never knew I loved history quite so much. 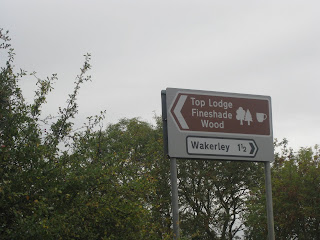 It was as I saw this sign that I got a call from my B&B telling me that although I might think that I had been booked in for tonight the truth of it was they had double booked me and they were full. So I pulled into the car park and nearly screamed. I’m getting fed up of not knowing where I’m heading all the time and not having a place to stay makes me feel like a hobo, which effectively I am, but it’s annoying. It was also one of the first times I’ve planned ahead (a bit) and still it wasn’t working for me. I decided to deal with it after lunch, which has really had to stop consisting of easy storable in the car foods, so I went into the Forresty Commission tea room and had a cheese and ham toasty. After this I felt equipped to deal with my lack of accommodation situation and went back to car park to sit with my laptop stuck up between my body and the steering wheel while I did research. I decided to go the hostel way again, it’s cheap and being a Monday night in early October I thought I might score on getting a room to myself again. 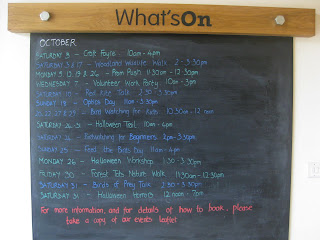 I had a look at what was in in the aptly named Fineshade Wood but decided to get on the hunt for more brown signs instead of engaging in any. Also the only event going was a “pram push” around the woods which wasn’t very relevant to my life at the moment let’s face it. 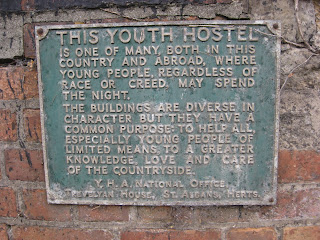 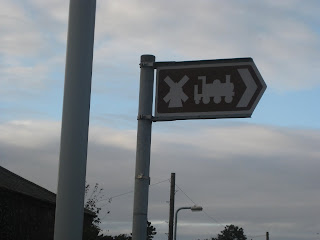 On the map about 20 miles from where I was based I saw a sign for another windmill, technically I still don’t have a windmill symbol done, so I decided to drive and hope that I it had one. Thankfully it did and it happened to be the only windmill in the UK with 8 sails, it was COOL. It was quite strange sitting right in the middle of rubbish dump, but at least it wasn’t derelict. 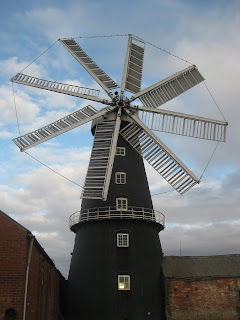 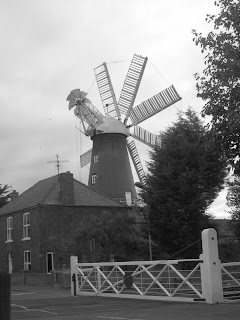 It was also nice to drive through lots of cute little villages which had their level crossings looking like this, straight out of a Hornby train set.
Right best be off to plan my next direction and book some accomodation for tonight, and maybe even tomorrow. It’s going to be strange sleeping in my own bed on Saturday!
« Older blog
Newer blog »