It was a late/early bedtime last night/this morning (5am – I seriously am getting far too old for this but I was out with a student so I had to keep up), and had a great night having dinner in one of the weirdest restaurants-come-karaoke-eat-as-much-as-you-like-chineses I’ve ever had the displeasure to eat in then doing most of the bars in Liverpool. There is something just a little bit scary though about walking home through scenes that can only be described as something out of Shaun of the Dead. Wasted Liverpuddlians semi-clad, screaming, vomiting and groping each other all around you. I tried to keep well out of biting distance and tried to think of a happy place. 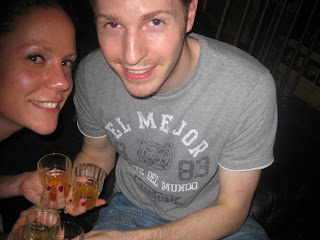 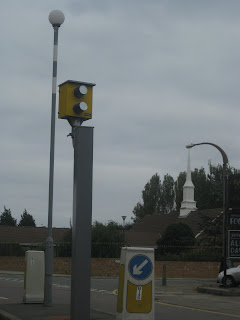 Because I couldn’t be massively bothered to do much driving and wanted to take it easy before I hit the road again for ages we decided to just do stuff that was near and easy today. I had seen a brown sign on the way into Liverpool yesterday for a U-boat museum, so after going back the way I thought I had come into Liverpool and driving around aimlessly for about an hour trying to find the signs again, we finally worked out I’d come in a completely random way so weren’t anywhere near it. U-turns all over the place, welcome to my sorry world. Dan sat next to me dealing with my anger and frustration as if nothing could be more normal than me making a pigs ear of any plans I ever make, how right that man is.  We finally stumbled across the signs though and moseyed along to the U-boat Story in Birkenhead where a massive great U-boat which was sunk in 1945 has been carved up into chunks and made into a museum. 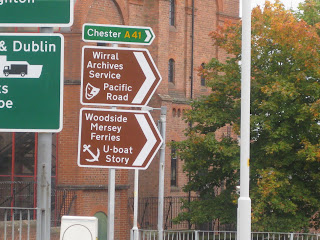 There was lots of cool stuff about the battle of the Atlantic, enigma machines and have-a-go-at-controlling-your-own-U-boat exhibits. We got stuck right in. 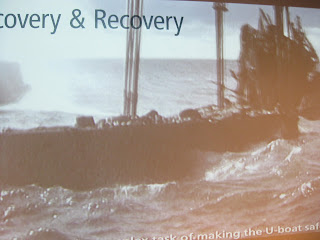 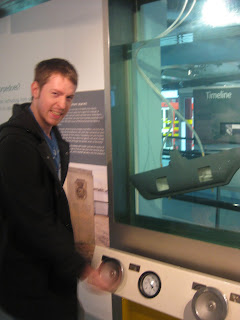 We were very tempted to buy these hats, but decided we were just a bit too caught up in the moment and they probably weren’t a good long term fashion decision. 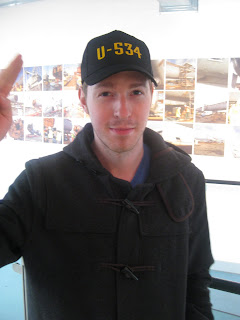 After spending time sitting on torpedoes and discussing how shit it would be to be in a U-boat, especially when it sank, we went off to do the most appropriate Sunday activity I could think of, cathedral going.
Liverpool Anglican Cathedral is the largest cathedral in Britain and is a browny red unimposing building from the outside, but inside the place is amazing, and huge, obviously. There are all sorts of little chapels and staircases and bridges inside, most of which we weren’t allowed into. I was particularly relieved that we were too late to go up the tower, after my hideous experience in Delft, where I literally froze, plastered myself to the bell tower and had to be talked down, I don’t really want to be going up any ridiculously high structures any time again soon thank you very much. 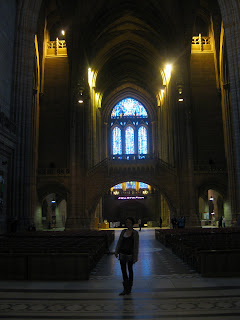 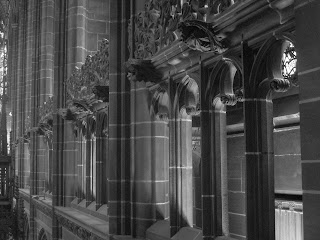 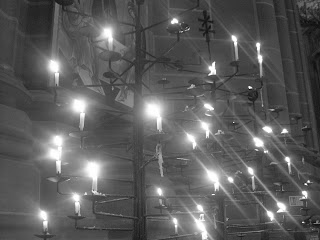 After we got kicked out of the cathedral (we were dawdling) we went and had a gigantic dinner in a nice pub where I polished off 2 large pieces of fish and a fair few chips, I didn’t realise how hungry I was, clearly
My trusty travelling saleswoman pal happens to be working near Manchester tomorrow, right on the way to my next stop, the Peak district, and it would be so rude not to share her bed and breakfast allowance with her again, so tomorrow I will be Manc bound. What I’ll do there I really don’t know, it doesn’t matter, I’ll let my brown tourist signs decide, but I’ll definitely keep you posted on developments.
T’ra for now then chucks.
« Older blog
Newer blog »